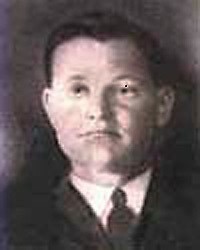 Born December 23, 1877 in Grants Lick, Campbell County, to William Foster and Sarah Sereptha (Thomas) Dye.  He married Emma Rose Clippard on Christmas Day 1901.  He was at that time a polisher in a bicycle factory.

We believe he joined the Middletown Police Department on or about January 1, 1912.

On December 4, 1912, Officer Dye pursued a suspect into a barn and then up into a hayloft.  After apprehending the suspect and while descending the ladder, a rung broke.  Officer Dye fell and fractured his femur.  He was taken to Mercy Hospital in Hamilton and admitted.

At some point, he was treated by Dr. William B. Linville who Officer Dye claimed broke his leg.  On February 17, 1913, Officer Dye filed a lawsuit against Dr. Linville asking for $20,000.  With an infection and gangrene setting in his leg, Officer Dye’s leg was amputated at the end of February.

During 1912, the Middletown Police Department employed eight patrolmen.  By 1939, three had died in line of duty deaths.

We know of only seven line of deaths of Middletown Police Officers in the 20th Century and five died during Prohibition.  We believe there is another Middletown officer’s death in the 19th Century, perhaps named “Moyer” but have found little account of it.

This narrative was researched and revised on November 23, 2012 by retired Cincinnati Lieutenant Stephen R. Kramer.  All rights are reserved to him and the Greater Cincinnati Police Historical Society.