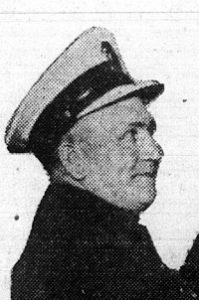 Neal was born August 5, 1882 in Covington to Irish immigrants Cornelius F. and Mary (McNerney) Regan.  Initially, he followed in his father’s footsteps becoming a machinist.  He married Mary C. Bailey and she gave birth to Robert C. Regan on Christmas 1904.

During 1913, Neal joined the Covington Police Department.  Robert caught pneumonia and died October 11, 1918.  Patrolman Regan and his wife did not have any other successful births until 1926 and 1929.

At 8:50 a.m. on November 11, 1932, Everett Williams of 1542 May Street reported to police that his insane brother, Willie Williams (29), had locked him out of his home and was threatening children with a handgun.  Though he was not due to start his tour of duty until 9:00 a.m., Patrolman Regan responded with Lieutenant Charles Tschudi and Patrolmen Fred Frohn and John Triplett.  They found Williams in the side yard with a .38 caliber revolver.  When the officers ordered him to drop the firearm, he opened fire striking Patrolman Regan and Lieutenant Tschudi.  He then ran to the rear of the house and the other officers gave chase.  In the running gun battle, Williams was shot four times and fell to the ground.

All three wounded men were rushed to the hospital.  Lieutenant Tschudi survived his bullet wound to the arm.  Williams survived for several days in critical condition and died five days later on November 16, 1932.

We believe that Patrolman Regan died within seconds with a gunshot wound to the chest.