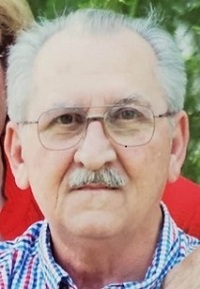 He then joined the St. Bernard Police Department as a Patrolman, completing Recruit training with the 54th Cincinnati Police Recruit Class on January 3, 1971.  During October 1972 he exchanged shots with an armed robber at 200 E. Mitchell Avenue.  By 1973, Patrolman Draginoff was assigned as an agent with the Regional Enforcement of Narcotics Unit (RENU).  Officer Draginoff served until 1988.

Visitation was held from noon to 1 p.m. on Thursday, January 20, 2022, at Hodapp Funeral Home at 6410 Cin Day Road in Liberty Township.  A blessing occurred at 1 p.m.  Entombment followed at St. Mary Cemetery at 701 East Ross Avenue in Cincinnati.