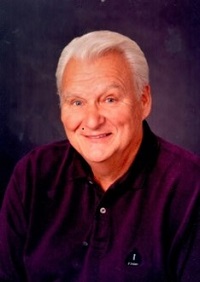 Ron was born July 31, 1936, in Hamilton to Elmer and Gladys (McPherson) Couch.  He graduated from Hamilton High School in 1954 where he was an All-Ohio football player and elected captain of the North South All-Star game.  Ron attended the University of Cincinnati on a football scholarship and co-captained the team. He was voted to All-Missouri Valley Conference as an offensive lineman in his senior year.  Ron was later inducted into the Hamilton City Schools and the Butler County Athletic Halls of Fame. He also attended Xavier University and earned a master’s degree.

After the University of Cincinnati, Ron worked as a Hamilton City Patrolman until 1977.

Patrolman Couch then transitioning careers to educator, teacher, coach, counselor, and administrator for Middletown and Hamilton City Schools and retired in 1990.

He continued his service to his community by providing transportation for an assisted living center until the age of 82.

Visitation will be held 11 a.m. to 1 p.m. on Wednesday, March 2, 2022, at Brown Dawson Flick Funeral Home at 1350 Millville Avenue in Hamilton.  A funeral service will be held at 1 p.m.  Burial will follow at Greenwood Cemetery.

Memorial contributions can be made to a charity of your choice.