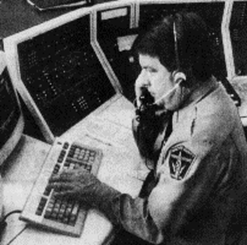 Ned was born in Cincinnati on February 17, 1952 to Thomas and Marjorie (Schmied) Gaynor.

Ned spent one career as a dispatcher, later the supervising dispatcher, at the Hamilton County Communications Center.

Upon retirement, he went to work for the Hamilton County Park Rangers.

During the late 1980s and 1990s he was the sound engineer for the Most Wanted police band. He was also an office holder, and in the late 1990s the President, of ASFME Local 3416.

Unfortunately, we did not know his arrangements in time to publish them.  Visitation and services were held on Wednesday, July 21, 2021 at Newcomer Cremations, Funerals & Receptions in Mt. Healthy.  Burial followed at Arlington Memorial Gardens in Springfield Township.