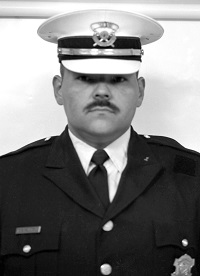 Doug was born November 24, 1947 to Edward and Mirian Maundrell.  He attended Cincinnati Country Day High School.  Always a big man, he was known as “Tiny” and for his jovial nature.  He was the 275-pound leader of the offensive line on their undefeated football team, earned an Iron Man Award, and was elected All-City Center.  He also participated in shotput in track and was a manager of the basketball team.  Doug was also editor-in-chief for the school newspaper, secretary of his class, a member of the Delta Beta fraternity, and conversant in French.  He graduated in 1966 and then attended the University of Cincinnati, majoring in English Literature and History and earning a Bachelor of Arts degree in September 1970.

Between high school and college, he worked as a janitorial degreaser at the Ford Motor Company in Sharonville.  He then worked part-time during school sessions and full-time during summers as a construction laborer at Arnold Mann Construction Company.  In June 1970, he joined the Pinkerton Corporation and performed uniformed security duties.  Taking a hiatus, he traveled to Europe, Africa, and the Middle East and lived and worked on a Kibbutz in Israel for one year.  Up his return, he conducted industrial investigations for the Pinkerton Corporation.

Doug joined the Cincinnati Police Division on July 1, 1973 as a Police Recruit.  On November 25, 1973 he was promoted to Patrolman, issued Badge 129, and assigned to District 6 (3295 Erie Avenue).  He was rotated to District 1 on January 5, 1975 and never left.  For several years he worked nights in Sector 6, the Central Business District.  He was later paired up with another big man, Police Officer Thomas Raker, making a duo known as the “Refrigerator and Freezer.”  They were almost singularly responsible for the peace and tranquility on Fountain Square and the Skywalk during those years; a feature noted by many visitors to the city.  He was promoted to Specialist on November 8, 1981 and issued Badge PS-109.  In the early 1980s he was assigned to a three-wheel motorcycle and served as such well into the 1990s.  Specialist Maundrell retired on February 19, 2000 with 26 years of service and 41 letters of appreciation and/or commendation.

Before the Greater Cincinnati Police Museum closed temporarily in 2013, he volunteered there.

Officers were called to his home on January 19, 2021 and found that he had suffered a fatal medical event at the age of 73.

A memorial service will be held at a later date.

Memorials may be made to Cincinnati Country Day School or the Cincinnati SPCA.