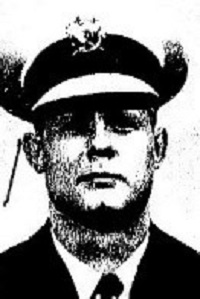 Scott was born December 29, 1942 in Cincinnati to Mr. and Mrs. Robert W. and Elenore Songer of Greenhills.  He attended Greenhills High School where he played football and graduated in 1962.

Two months later, he joined the Wyoming Police Department as a Patrolman.  He was promoted to Sergeant on June 1, 1976.  Sergeant Songer retired August 31, 1978 with almost 26 years of service to his country and communities.

Following his retirement, Sergeant Songer engaged in trucking management.  He was also a member of the Wyoming Masonic Lodge #186 and served as an usher and trustee and sang in the choir at Sycamore Presbyterian Church.

Due to COVID-19, a Celebration of Life will be held at a later date.

Donations may be made to the Alzheimer’s Association or to the American Heart Association.