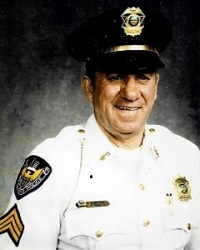 After high school, Ralph joined the United States Army, served in the Korean War and as a Drill Sergeant.  Sergeant Maples was honorably discharged with a Purple Heart.

After returning home, he joined the City of Monroe Police Department as a Patrolman on March 31, 1971.  He was promoted to Sergeant.  Sergeant Maples resigned on May 18, 1979.

Visitation and services were held on Tuesday, November 16, 2021 at Breitenbach Anderson Funeral Home at 517 South Sutphin Street in Middletown.  Burial followed at the Dayton National Cemetery.

A Sergeant Ralph E. Maples Scholarship is being established in his honor and will allow transitioning veterans, National Guardsmen, and reservists to carry on his dedication to service through enrolling in a police academy or to pursue a degree in Criminal Justice.