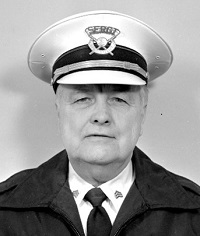 Howard was born January 1, 1935, the fourth child born to Zemer and Vergie Whitson.  He attended Western Hills High School where, in his first baseball game as a sophomore, he pitched a perfect no-hit game over St. Xavier High School.  Single-digit-hit and double-digit-strikeout games became the norm on West Hi and Robert E. Bentley Post teams.  He pitched West Hi to a Public High School Championship and Bentley to a national Junior American League championship.

From 1953 to 1954 he pitched for Cincinnati Reds-affiliated minor league teams, Jackson Generals, Duluth Dukes, Oak Ridge Pioneers and Douglas Trojans with a career ERA of 3.71 and .281 batting average.  He repaired organ keys for the Baldwin Piano Company from September 1953 to November 1954 when not playing ball.

Howard was drafted into the United States Army on November 9, 1954.  He completed basic training at Fort Knox and was trained as a chemical warfare equipment operator.  He was then assigned as a landing craft operator and served in Alaska and Canada.  Private First-Class Whitson was honorably discharge November 8, 1956.

He returned to the Baldwin Piano Company and attended Cincinnati Reds Spring Training in 1957.  Howard then worked as a salesclerk at Checker Stores until October 1959.

During 1962, Patrolman Whitson married Charlene Norma Hopper.  During 1963 he began a secondary career as a slow-pitch softball umpire.

He continued serving at the Cincinnati Water Works in their Security Department.

He was predeceased by his wife of 44 years, Charlene Norma (Hopper) in 2006, and siblings, Ave, Dorothy, and Jerry.  Sergeant Whitson is survived by his daughters, Michelle Marie Whitson and Sharon Ann (Chad Kiphart) Whitson, and traveling partner, Nancy Spreen.

Visitation, a FOP service, and memorial service were held on Friday, June 4, 2021, at the Meyer Funeral Home at 5864 Bridgetown Road.