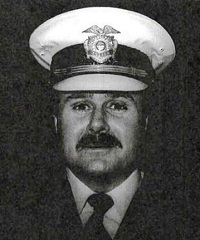 Dick was born December 31, 1938 in Middletown to Clayton R. and Lois A. Coburn.  He attended Lockland High School.

After high school, Dick joined the United States Army and served during the Vietnam War era for seven years.  He was honorably discharged.

Dick joined the Reading Police Department as a Patrolman on April 13, 1970.  He retired on August 6, 1994 after another 24¼ years of service and at least nine letters of appreciation and/or commendation.

He then joined the United States Marshal Service and served for twenty years in the Court Security Division.  When he finally and actually retired, he had served his country and community 51 years.

He was also active in the American Legion Post #69, Fraternal Order of Police Lodge #74, and the Hamilton County Police Association.

Visitation was held and a Mass of Christian Burial was celebrated on Thursday, October 7, 2021 at St. Susanna Church at 606 Reading Road in Mason.

If desired, memorial contributions may be made to St. Susanna Church.