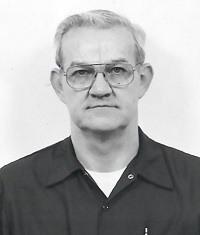 Joe was born December 28, 1935 in Newport, the 12th of 15 children born to pharmacist, Edwin Joseph, and Marcella A. Arlinghaus.  Joe dropped out of high school before graduating.

He enlisted in the United States Navy on January 19, 1956 and served as a clerk-typist and Gun Director Operator aboard a Cannon-class destroyer escort, the U.S.S. Roberts.  SKG/3c Arlinghaus was honorably discharged on November 26, 1957.

Joe joined the Cincinnati Police Division on March 23, 1964 as a Police Recruit.  He then married Lois Jean Turner, the daughter of Cincinnati Sergeant Edward Turner and sister of Detective Raymond Turner.  On June 28, 1964, he was promoted to Patrolman, issued Badge No. 9, and assigned to District 6 (3295 Erie Avenue).  He transferred to District 7 (813 Beecher Street) on February 27, 1966.  Patrolman/Police Officer Arlinghaus also served in District 3 (3201 Warsaw Avenue), Police Communications (310 Lincoln Park Drive), and the Impound Lot (1775 Gest Street).  He retired on January 16, 1988 with almost 24 years of service and 9 letters of appreciation and/or commendation.

He also was a member of the Knights of Columbus.