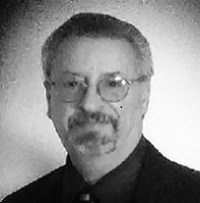 John was born June 30, 1957, in Middletown, to Harold and Dorothy Overpeck.  He graduated from Middletown High School

John then served in the United States Air Force.

Deputy Overpeck suffered from Leukemia and congestive heart failure.  During March 2021 he underwent chemotherapy treatment, but died in Colorado Springs on May 29, 2021, at the age of 63.

A memorial service for friends and family will be held in Ohio at a later date.