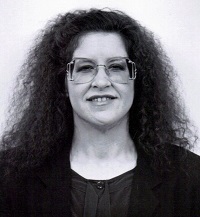 Sheri was born January 14, 1947 in Norfolk, Virginia to Sol and Dorothy (Richels) Petock.  She attended Maury High School in Norfolk where she competed in language tournaments and graduated in 1964.  She also attended University of Cincinnati from 1964 to 1966 and Old Dominion in 1966, majoring in Liberal Arts.

From 1968, Sheri was the manager at Pedro’s Mexican Restaurant on Calhoun until the owner died and the restaurant closed in January 1973.  From April 1973 she was an Assistant Veterinarian at the Brighton Animal Clinic until the clinic was sold in September 1981 and again at Emergency Veterinary Clinic until October 1984 and Hyde Park Veterinarian Hospital until 1985.

Sheri joined the Cincinnati Police Division on September 22, 1985 as an Assistant Operator Dispatcher in Police Communications Section (310 Ezzard Charles Drive).  She was promoted to Operator Dispatcher on September 20, 1987.  For the next two decades, in the eyes of patrol personnel, she set herself apart as one of the top dispatchers.  Dispatcher Petock retired on February 1, 2009 with 23 years of service.

Dispatcher Petock contracted Pancreatic Cancer and died on September 25, 2021 at the age of 74.

Her remains have been moved to Virginia for burial.