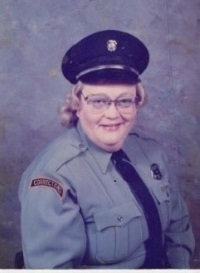 Linda was born September 10, 1942 in Middletown to Edward Donald and Annetta Fitzwater. She attended Middletown High School where she participated in the Business Cadet Club, Girls Athletic Association, Glee Club, Junior Achievement, Mixed Chorus, and the Sophomore Play.  She graduated in 1960.

Linda joined the Middletown Police Department on July 21, 1988 and served as a Matron.  She retired on March 20, 1998 with almost ten years of service.

Visitation was held on Friday, February 19, 2021 at Baker-Stevens-Parramore Funeral Home in Middletown.  A celebration of life service was officiated by Pastor James Anderson.  Interment was at Woodside Cemetery.