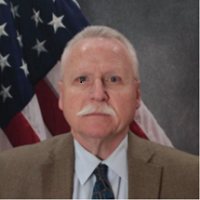 Mel was born October 24, 1961, in Manchester, Kentucky to Cecil and Delphia (Smith) Gray.

Mel joined the Hamilton Police Department as a Police Officer on December 26, 1990.  By 2004 he was a member of the Special Weapons and Tactics team which, that year, won first place in the state competition.  In 2007 he was involved in another award-winning team, Hamilton’s Community-Oriented Policing team.  He also was a bicycle officer, mounted officer, and Segway officer.  In 2008, the SWAT team took national honors in Orlando, Florida.  He was promoted to Detective on May 1, 2015 and served in Homicide.  At the time of his death, he had served almost 31 years.

Visitation and services will be held 10 a.m. to 12 p.m. on Saturday, November 6, 2021 at the Miltonville Baptist Church at 4475 Elk Creek Road in Middletown.  An FOP Service will be held at noon, followed by a funeral service officiated by Pastors Jesse Combs and Wallace Miller.  The graveside ceremony will be private.

Hamilton Police Department and retired personnel:  Due to limited parking at the church, the Department will provide bus transportation.   Please form up outside the church and pay respects via a final salute and last radio call.