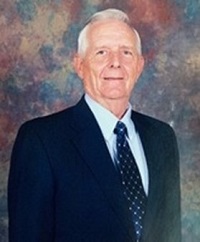 He joined the Kentucky State Police by 1960 as a Trooper.  He was promoted to Sergeant by 1970.  During September 1970, he was transferred to the Morehead post as assistant commander and promoted to Lieutenant.  He completed a police management course and Eastern Kentucky University by the end of 1970.  By March 1972 he was promoted again, to Captain.  Within a year, Captain Fortner transferred to command Post 6 in Dry Ridge.  During 1979, he was promoted to Lieutenant Colonel and transferred to headquarters in Frankfort.  By December 1980, he was acting Police Commissioner.  He returned to command the Dry Ridge post by the end of 1981 and where he served several more years until his retirement.

He was a member of the Mt. Olivet Christian Church.