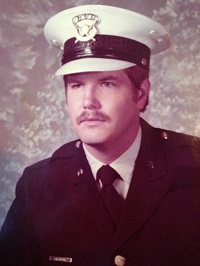 During high school and college, he worked at the Lane Public Library in Hamilton from 1968 to 1970.  For six months, he worked as a letter carrier before returning to college.  During the summer of 1971, he worked as a temporary employee at the State Highway Garage in Hamilton doing roadwork.

He returned to the Police Division on September 30, 2002.  His relief commander described him as a “dedicated and capable employee” who “exhibits leadership” and serves as a “mentor to the newer shift supervisors.”  Sergeant Weber retired July 2, 2004 with 33 years of service to his country and community and 30 letters of appreciation and/or commendation; including from Cincinnati Public School Security Chief Robert Morgan, Assistant Fire Chief John Neal, two Patrol Bureau commanders, Judge Steven Martin, Police Chief Michael Snowden, and FBI Special Agent in Charge Thomas Kitchens.

He was also a member of the Fraternal Order of Police, Lodge 69, and the American Legion.

Sergeant Weber then took a position as a Corporate Security Officer with the Cincinnati Financial Corporation.  He was considered a dedicated officer there as well until fully retiring in 2017 – after which he began earnestly chasing his grandchildren around the country.

While serving full time for the Police Department and Cincinnati Financial Corporation, Sergeant Weber, beginning in 2006, found time to volunteer one day a week at the Greater Cincinnati Police Museum, including providing labor when the Museum moved to its current location in 2015.  There too, he was dedicated and a valuable asset in giving informative tours to amazed customers.  Whether it was at the Museum, on Tuesdays at noon or Saturday mornings at restaurants, or at retired FOP officers’ meetings and FOP functions; wherever retired policeman gathered, you could expect to find Sergeant Weber.

Sometimes between 4:30 and 6:00 p.m. on April 7, 2020, Sergeant Weber suffered a catastrophic medical and fatal event while watching television.  He was 68.