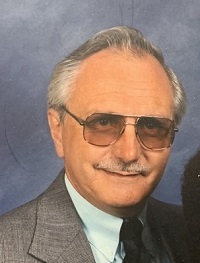 Charles was born April 23, 1941 in Elliston, Kentucky to Charley and Ruth Alexander.

Chief Alexander also served in the Independence, Covington, and Dry Ridge Fire Departments.  Additionally, he was the owner/operator of the Grant County Ambulance Service.

Chief Alexander retired as a security supervisor for American Financial.

He was a member of the Erlanger Baptist Church.

Graveside services will be private at the convenience of the family.