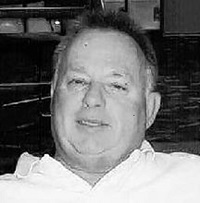 Marvin was born February 7, 1951 in Hamilton to Frank and Imogene (Warren) Hacker.

After high school, Marvin joined the United States Marine Corps and served in the Vietnam War.

He also worked for General Motors for eighteen years and was known for his superb steel guitar playing in several area churches.

He was predeceased by his parents and one son, Richard Hacker.  He is survived by his wife of 52 years, Brenda (Sturgill) Hacker; children Angela (Dennis) Adams and Carla (Krissy Kerby) Fields; eight grandchildren; and three great-grandchildren.

Visitation will be held with COVID precautions 5 to 7 p.m. on Tuesday, October 27, 2020 at the Webster Funeral Home at 3080 Homeward Way in Fairfield.  A funeral service will be held at 9:30 a.m. on Wednesday, October 28, 2020, at the funeral home. Burial will follow with military honors in Rose Hill Burial Park.